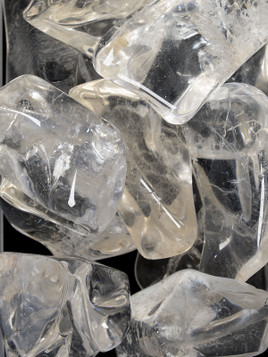 Russian Lemurian Quartz is strongly united with the crown chakra, which controls emotions and spirituality. The crystal is known for its great ability to assist in the balance of emotional and mental pursuits. It allows one to regain focus, and can open a gateway to complete silence of the mind. It provides access to ancient knowledge, and affirms the idea that the user is highly capable of anything they put their mind to.

Location for the Russian Lemurian Ice Quartz crystals is from ZHELANNOYE, located on the western slopes of Subpolar Ural Mountains. This quartz from this location has been used by the Russians for military applications as well as high tech. It is a very high vibration quartz with a high degree of piezoelectric traits.